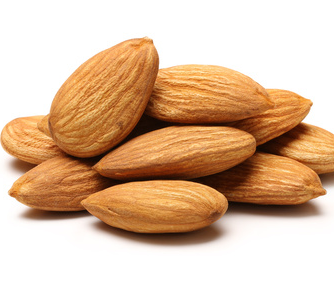 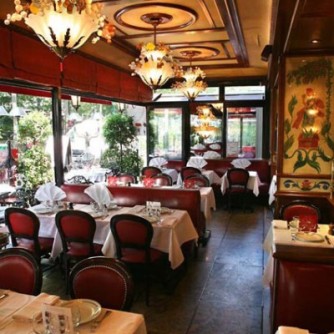 The office ceiling lights shone very bright on her desk. It was almost ten o’clock in the morning and she pulled a bag of almonds out of her side drawer. Her desk area was stuffed with small stashes of foodstuffs: the cabinet behind her for instance opened onto a row of reference files and books, and a bag of apples which she had brought back from the supermarket; and occasionally a small bag of crackers as well. The factory where she worked as the main secretary was located at the end of a lonely road in a flat rural area, far from any lunch venue. Like every other employee, she brought her own sustenance for the long eight-hour work day.

She then returned to her computer, munching on the dry nuts which gave her work of the moment a different flavor of elevated satisfaction and fullness. Poor little thing! Her dark hair curled around her pretty ears and her graceful little hands clicked on the keyboard but did she think about her lovely curls? Lunch time was two hours away and she remembered bitterly the day when some women in the office had pointed at her behind and said “secretary butt.” That’s what she was thinking about.

She knew she didn’t have a big butt, yet. She made herself a large cup of tea in a tall insulated cup. The hot sugar-free and milk-free liquid made her feel full for a while longer. At the age of fifty-one, she dreaded the natural displacement of body fats towards her mid-section, which all the magazines, books and media she was bombarded with had well-documented. And she could see that theory verified in many co-worker, friends and acquaintances, although not all of them. She didn’t want to be one more stat. She had read that with their healthy fats, fiber, protein, magnesium and vitamin E, the health benefits of almonds included lower blood sugar levels, reduced blood pressure and lowered cholesterol levels. They could also reduce hunger and promote weight loss.

She pulled a series of receipts out of a manila folder, opened the Expense management program on the computer and started matching the receipts with the American Express amounts. Her boss was a good man who managed the company between its headquarters in France and the United States branch, staying three weeks in each country alternately. Among her duties was the processing of his expense reports.
The first receipt was for a meal in a Parisian restaurant which she didn’t know, and that she looked up on the internet to make sure that she had the right name as it was barely legible. And also out of curiosity.
On the screen appeared a cozy restaurant room with white tablecloths, all set-up with wine glasses and a bread basket. It seemed to her that she was invited to sit down to look at the menu and choose between the raw oysters, the escargots or the foie gras as an appetizer. She was back in Paris at a restaurant she had visited with her parents in her youth, and the ambiance was so warm, so festive! The conversation turned around the cello she would one day learn to play. But what happens! She was reaching out to her glass of Bordeaux to clink with her father when the screen saver turned black.
The candle-lights disappeared. She was sitting there, with the piece of paper in her hand.

She took a second receipt which was for another restaurant in Paris, a bigger meal this time. The room that came up on screen was one she had once visited with her young husband of years before when he was first discovering France with her. She could see the table by the window, loaded with a dish of choucroute topped with potatoes and various sausages and meats. Even though she wasn’t crazy about sauerkraut, she could smell the delicious flavors of warm, briny smoked sausage and taste the sweet boiled potatoes. Oh surprise, how joy! The waiter brought up a bottle of Gewürtstraminer and started filling their wine glasses. She took the thick white napkin to her lips to wipe them before taking a sip.
The screen shut down: she was sitting in front of the naked black screen and the beige walls of the office.

There went another receipt. Right away she was sitting in a magnificent brasserie which seemed to sum up all of the most beautiful decors she had seen in Parisian restaurants, with historic mirrors which had seen crowds of diners through centuries, and might have witnessed the Exposition Universelle of 1889. The restaurant was bustling with the evening crowd and a candle was illuminating the splendid glassware on the tables. Her fork was halfway down the melting heart of a chocolate profiterole glistening with a layer of warm dark chocolate sauce. And there were two more of those after that first one! She lifted the loaded fork to her salivating mouth: the screen went blank.

Her stomach made itself known with a slightly painful pang and she looked at her watch. Ten past noon and her lunch time was at twelve-thirty.

She picked up another receipt. This time she knew that the visit would not last and that when the screen-saver came up, all would disappear and she would be back to her clean desk at the factory.

This one took her back to an unknown Italian restaurant where she shared a feast of tournedos with pommes dauphines, sole meunière, and pasta dishes of all kinds, followed with cheeses and a sampling of rich desserts including crème caramel, chocolate mousse and even a Mont Blanc when it came up, with friends she didn’t even know she had yet. And she was by then so full that she couldn’t swallow another macaroon.

That’s when the factory lunch buzzer rang up to announce twelve thirty. She got up from her desk chair, picked today’s apple in the closet behind her and pushed the cafeteria door. Inside, some of her coworkers were already sharing a table and chatting over home-made boloney sandwiches on Wonder-bread. She pulled one of her frozen lunches out of the company freezer: 240 calories worth of glazed chicken and rice. With a couple cut up green-beans. She washed the apple in the sink while the black plastic tray turned around and around under the microwave light.
Nobody knew the marvels that she had seen and in the middle of what splendor she had been working that morning.

This is a text widget. The Text Widget allows you to add text or HTML to your sidebar. You can use a text widget to display text, links, images, HTML, or a combination of these. Edit them in the Widget section of the Customizer.
%d bloggers like this: